Republished under Creative Commons from https://psyche.co/ideas/do-humans-really-have-a-killer-instinct-or-is-that-just-manly-fancy

Do humans really have a killer instinct or is that just manly fancy? 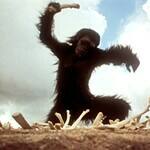 Horrified by the atrocities of the 20th century, an array of scientists sought to explain why human beings turned to violence. The founder of psychoanalysis Sigmund Freud argued that ‘man is a wolf to man’, driven to hatred, destruction and death. The neuroscientist Paul MacLean maintained that humans’ violent tendencies could be traced to their primitive ‘reptilian brain’. The social psychologist Albert Bandura countered that aggression was not inborn but resulted from imitation and suggestion. Despite the controversy they provoked, such theories often attained the status of conventional wisdom.

What makes claims about human nature become truisms? How do they gain credibility? They might rely on experiments, case studies or observation, but evidence alone is never enough to persuade. Such theories – by virtue of the very fact that they seek to encompass the human – must always go beyond their evidence. They manage to persuade by appealing to common experience and explaining familiar events, by creating a shock of recognition in their audiences, a sudden realisation that ‘this must be true’. They employ characters and a narrative arc, and draw moral lessons. In short: they tell a good story.

In the 1960s, alongside prevailing psychological and neuroscientific theories of human aggression, a new claim appeared, that aggression was a human instinct. Relying on the sciences of evolution and animal behaviour, this ‘instinct theory’ held that human aggression was a legacy of our deep ancestral past and an inbuilt tendency shared with many other animal species. One important novelty of this theory was its assertion that human aggression was not wholly destructive, but had a positive, even constructive side. Its proponents were talented writers who readily adopted literary devices.

Robert Ardrey’s bestseller African Genesis (1961) won a big American audience. A Hollywood scriptwriter turned science writer, Ardrey travelled to South Africa, then a hotspot for the excavation of prehistoric human remains. In Johannesburg, he met Raymond Dart, the discoverer of a 2 million-year-old fossilised skull, which Dart believed to be the most ancient human ancestor ever unearthed. Although this creature walked upright, its braincase was small and distinctly apelike, so Dart named it Australopithecus africanus, the southern ape from Africa.

Dart found that Australopithecus remains were typically surrounded by equally fossilised animal bones, especially the long heavy leg bones of antelopes evidently hunted for food. But these bones had been shaped and carefully carved. He noticed that they rested comfortably in his own hand. With a shock, he realised that they were weapons. Their double-knobbed ends corresponded perfectly to the holes and dents that Dart observed in other fossilised Australopithecus skulls. Two conclusions seemed inescapable: first, this proto-human ancestor was not simply a hunter; he was also a killer of his own kind. Second, the wielding of bone weapons was not solely a destructive act; rather, it had far-reaching consequences for human evolution. Freed from their role in locomotion, forelimbs became available for finer manipulations, which then drove the enlargement of the human brain. Picking up a weapon, Dart theorised, was the thing that triggered human advancement.

In Ardrey’s retelling, Dart’s hypothesis became even more dramatic. The ancient African savannah was home also to Australopithecus robustus, a vegetarian, unarmed cousin of africanus – and his victim. In Ardrey’s account, the lithe and ruthless africanus, brandishing bone weapons, had exterminated his competitor, an ancient conflict that Ardrey couldn’t resist comparing to the Biblical murder of Abel by his brother Cain. The weapon had propelled africanus toward full humanity while robustus slouched toward extinction. Human beings were, quite literally, Cain’s children.

Thanks to Ardrey’s embroidered telling, Dart’s theory inspired perhaps the most famous scene in cinematic history. In the opening sequence of 2001: A Space Odyssey (1968), the leader of a band of ape-men smashes the remains of his defeated antagonists with a crude weapon fashioned out of bone. The victors are carnivorous and armed; the losers, gentle and defenceless. At the end of the sequence, the leader tosses his bone weapon into the air, where it is transformed into a spaceship gliding silently through darkness. Arthur C Clarke, the scriptwriter for Stanley Kubrick’s film, had read Ardrey’s book, and the scene echoed Dart’s claim: human ingenuity begins in violence.

Ardrey was disturbed by the image he had conjured. What could be more frightening than man the irascible ape, with a penchant for violence inherited from his ancestors in his heart and, in his hand, weapons much more powerful than antelope bones? What would prevent this evolved australopithecine from detonating an atomic bomb?

In African Genesis, Ardrey turned to a different branch of science – ethology, the study of animal behaviour in the wild – for an answer. The Austrian ornithologist Konrad Lorenz developed the foundations of ethology by sharing his home with wild animals, mainly birds of many different species. By living with animals, Lorenz revealed some of the mysteries of animal instinct, including the phenomenon of imprinting, in which a baby bird follows the first parent-figure it sees after birth. In popular books in the 1950s, Lorenz enraptured war-weary audiences worldwide with tales of his life with jackdaws, geese and fish, presenting himself as a scientific King Solomon, the Biblical hero whose magic ring granted him the power to talk with the animals.

Through theories about human nature, readers made sense of race riots and assassinations, the Vietnam War and the threat of nuclear annihilation

By the 1960s, Lorenz had begun to notice a curious feature of the aggression that his animals directed at members of their own species. Unlike predator-prey relationships, these intraspecies encounters rarely ended in killing. Instead, the aggressor animals diverted their violent impulses into harmless or even productive channels. Two rival greylag ganders, spoiling for a fight, cackled and threatened each other, but never physically clashed. Their aggression thus discharged in these playacting rituals, each gander returned to his mate in triumph. Lorenz observed that not only was outright violence avoided, but the social bond between each gander and his own family was actually strengthened. Far from a drive purely toward destruction and death, aggression redirected against an outsider engendered the ties of affection and love among the in-group.

Lorenz’s ethology showed that aggression, when properly managed, had positive consequences. Ardrey realised that the answer to the problem of human aggression was not to try to eliminate it – an impossible task, since Dart had demonstrated that it was ingrained in our nature – but to acknowledge aggression as innate and ineradicable, and then channel it productively. In his book On Aggression (1966), Lorenz made his own suggestions for possible outlets, including the space race.

It would be difficult to overstate the popularity in the 1960s and ’70s of Lorenz’s and Ardrey’s hypothesis about human nature. In the United States, their books became bestsellers. Through their theories about human nature, readers made sense of race riots and assassinations, the Vietnam War and the threat of nuclear annihilation. Their warning – that humans must accommodate their aggression instinct and re-channel it, before it was too late – was cited by US senators and cabinet secretaries. The message made such a lasting impact that even in the 1980s, UNESCO found it necessary to endorse an official statement that biology didn’t condemn humans to violence.

How did the killer-instinct idea achieve such cultural power? Because it came embedded in story. Like the greatest fictional works, Lorenz’s and Ardrey’s books drew on an ancient motif: that man’s fatal flaw was also his greatest strength, deprived of which he would cease to be human. Their deft use of character, plot and scene-setting, their invocation of myth, their summing up in a moral that readers could apply to themselves, drove the theories of Lorenz and Ardrey to conventional wisdom status.

The sciences on which they built their theories might have been superseded. But today’s sciences of human nature – sociobiology and evolutionary psychology – have adopted the claim for an evolved predisposition for aggression. The 1960s bestsellers ushered in a genre of popular science that still depends on speculative reconstructions of human prehistory. It also still draws comparisons between the behaviour and emotions of humans and animals. The grudging compliment we pay a powerful man – ‘he’s an alpha male’ – is one hint of the genre. But we ought to be careful about what we believe. Theories of human nature have important consequences – what we think we are shapes how we act. We believe in such theories not because they are true, but because we are persuaded that they are true. The history of the claim for a killer instinct in humans encourages us to think of the ways in which scientists argue and try to persuade. Storytelling, in this view, is a crucial element of both the science and its public presentation.

Nadine Weidman is a lecturer on the history of science at Harvard University. She is the author of Constructing Scientific Psychology: Karl Lashley’s Mind-Brain Debates (1999) and Race, Racism, and Science: Social Impact and Interaction (2004), co-authored with John P Jackson, Jr.