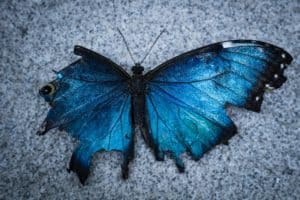 When 19th-century French poet Rimbaud famously said that love needs reinventing, he may have spoken a truism — in my opinion, but within a disagreeable context.

Perhaps it is true that it isn’t just love that binds so many families and married couples. But it does not follow that love is not.

Whatever it is that binds families and married couples together, that’s not love. That’s stupidity or selfishness or fear. Love doesn’t exist.

Self-interest exists, attachment based on personal gain exists, complacency exists. But not love. Love has to be reinvented, that’s certain.”Arthur Rimbaud

Apparently, Rimbaud was not a plain and simple heterosexual — it is said that he did not like women. Too unfortunate if true in my world, but not uncommon in history if one considers the homoerotic ways of the ancient Greeks.

I understand that humans are not an exclusively heterosexual species. ‘We are a weird, wonderful and sometimes downright kinky species,’ says Neil McArthur, a philosopher at the University of Manitoba in Canada.

Beneath all of our diversity, the thinking goes, there are certain forms of behavior, such as stable heterosexual pair bonding, that might not be universal, but which recur with sufficient regularity as to be considered the norm.Neil McArthur

But I do not believe that love needs reinventing primarily to accommodate the need for social recognition of homosexual couples (as I read Rimbaud’s exclamation). Why would the obfuscation of vital differences in preferences for unit forming lead to a desired social equality, not to speak of legal equality?

Preferences are preferences, and always will be. Bigotry, however, is another issue, and it does not have to follow that preferences beget bigotry — although it sometimes does.

Yes, love needs reinventing or reconstructing as too many illuminate about love in all sorts of incomprehensible and mind-boggling manners. It also seems that people use the word love without much meaning, that is when referring to how much they like their favorite ice cream, lipstick, girlfriend, and TV idol.

Love in our Image

Humans already have created a god in their image (it wasn’t done overnight), and that god isn’t gay as far as I am told. So, why not recreate and/or reclaim a love in our image, a love as in between a man and a woman? Yes, my bias…

Let’s grant Rimbaud and friends the chance of inventing a new word for their particular conception and practice of love. Or is love really that blind, so blind that it is applicable — indiscriminate — to all couples and then some? Canadian philosopher Ronald de Souza, in Love: A Very Short Introduction, tries to explain (not so short).

I just simply wish to preserve my meaning of the word love to signify the intense affection and esteem between a man and a woman in an intimate relationship. As a preference, I do not wish to share that (my) meaning with that of a kind of love as admittingly experienced by homosexual couples. Having to do so is a serious impediment for me.

But his most famous line is “whereof one cannot speak, thereof one must be silent.”

Is that why the circumstances around the definition and/or use of the word love are so ambiguous? The word love has been claimed so many times by so many people throughout human history. That disorienting historical event is literally irreversible. It is as if people believe that it is better to leave some touchy things to the imagination.

Love, as an abstract noun, needs perhaps reinventing, but also reclaiming so as to denote the significant reciprocal affection and esteem between a man and a woman in an intimate relationship. If Wittgenstein is right about the meaning of a word, in that the meaning of a word is its use in the language, then I must insist to use the word love as I see it fit, and convince others to follow my lead (or follow someone who has already done so).

I am probably not the first or the only one who means love to signify the intense affection and esteem between a man and a woman in an intimate relationship.

Reinventing, yes, as a culture will not stand still, and humans will undoubtedly discover additional psychic seeds waiting to express themselves as novel needs and wants over time.

Researchers concur that romantic love as it occurs in our civilization, inextricably bound up with ideas of monogamy, exclusiveness, jealousy and undeviating fidelity, does not occur much in cultures prior to Western modernism. Love in long-term romantic relationships has only been the product of the increasing prevalence of individualistic ideologies that came to fruition within the past 300 years or so.

I wonder what is love going to be in some 500 years, when humans possibly have intimate relationships with bio-robots? Will romantic love play an important cultural role in the future, as it might be considered an important part of living a fulfilling life?

Using adjectives may have helped in the past to clarify the meaning of a word. There are commonly used expressions such as divine love, brotherly love, unconditional love, etc.

But perhaps different kinds of love need to be labeled by entirely different words so as not to relay on adjectives — which may stretch human language skills too much.  The ancient Greeks already had started to do so, using four words for what we perhaps carelessly call love nowadays.

There’s eros for intimate love. Divine or ethical love is called agape. Brotherly love and affection for friends is called philia. And storge points to the love within a family.

Or are we better off with adjectives?

Interestingly enough, some other languages have many more words to account for the subtle details of or differences in like situations than the English language provides.

Do we have all the words we need for all things love to avoid ambiguity, or do we need a few more words of special connotation in the English language? Or is it just a matter of learning the proper use of words, of nouns, verbs, and adjectives, etc., so as to say what we mean, and mean what we say?

With the future of love in mind, Luce Irigaway’s The Way of Love seems to be an interesting read.